A Carl’s living room LP tracks rock show with three 7″ tracks tucked in as a bonus at the end of Part 2. Some 80’s goodness from ten records gifted to me, which shaped some of the other selections. Special attention should be called to ALRN, an early Scott Miller (Game Theory) band, and to The Yummy Fur’s Bowie cover. EVERY track fought long and hard to be included here and has a rightful place in the Circus. 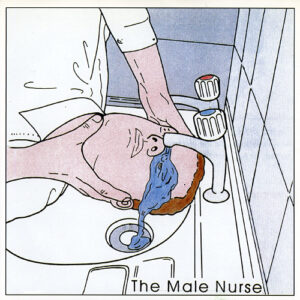