Elli & Jacno = Elli Medeiros (Stinky Toys) who you can also see in the 2019 film ‘Le choc du futur’. The Bloods is Adele Bertei in the band-that-might-have-been, had they released more than their one (amazing) 7″. From Bremen, Saada Bonaire only released one 7″, but since have been the subject of two releases on Captured Tracks. The rest of the tracks are re-edits, except for the last 2 tracks. Radar & Unitrax are Polish electronic artists, and Coyote is a balearic artist. 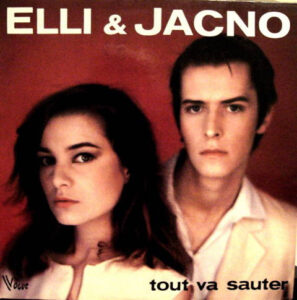 Three things gong on: Electronic/disco/re-edit, African, and rock. Osmose does a Billy Idol edit ,which I guess is both rock AND re-edit. Africa is covered by Musi-O-Tunya and Amanaz. Rock would be late-period The Honeys, Marilyn Rovell’s band (one-time wife of Brian Wilson), Martin Rev, The Sunday Painters, Ashra and Lizzy Mercier Descloux. Vakula ‎closes the show with a track from his ‘Dedicated To Jim Morrison’ LP, providing one more tie between rock and electronic in this show.