In this rock show, we hear 4 tracks from the Soul Jazz comp ‘PUNK 45: Burn, Rubber City, Burn – Akron, Ohio: Punk and the Decline of the Mid-West 1975-80′, a odd Terje Guns N’ Roses re-edit, the Boston band Cyclones (ex-Tommy Gun & The Hit Squad) and a band I had really high hopes for but seem to have disappeared: The Severed Limb. 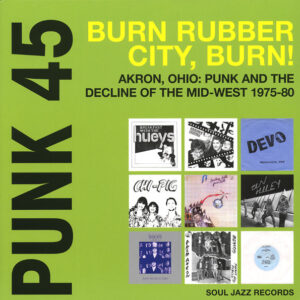