A difficult show to characterize, but I can say there are a bunch of dub tracks and a bunch of African tracks. The last six tracks in part 2 are taken from the Now-Again comp ‘Wake Up You! The Rise And Fall Of Nigerian Rock’. There are choice rock tracks interspersed, and even an all-kazoo Rolling Stones cover. 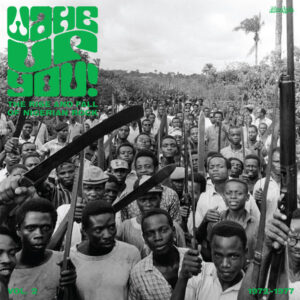