The second show in the Gulls Window Circus series ‘Double punk’ which plays two songs from each band, with two bands in a set. This week starts with Charlie ‘Ungry and ends with Dow Jones And The Industrials. Detroit band Death incorporate a well-known Beatles song into The Masks, post-Destroy All Monsters band Dark Carnival do 3 blasts of joy, NTC goodies Corpse Grinders and The Dots show that the tracks you never heard are always worth the effort (The Dots and The Dictators = Bronx pride), and Boston royalty DMZ and Dogmatics show why they are remembered. 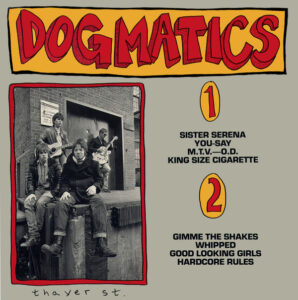