The seventh show in the 8 part Gulls Window Circus series ‘Double punk’ which plays two songs from each band, with two bands in a set. This week starts with The Shadracks and ends with 39 Clocks. Hearts still weep with SLF’s Tin Soldiers (at least mine). Fun to hear the first recordings of The Sound (who would expect them in a punk show). Sort Sol fans will enjoy hearing that Copenhagen band as Sods. The Shadracks take on sacred territory by covering Buzzcocks Boredom. Dutch band Speedtwins soup up My Generation like no one else except, maybe Patti Smith. Speaking of New York, Manic Panic founders Tish & Snooky are heard as Sic F*cks. Hit to the other coast and enjoy The Summer Hits, Starcrawler, Team Dresch, and So What. 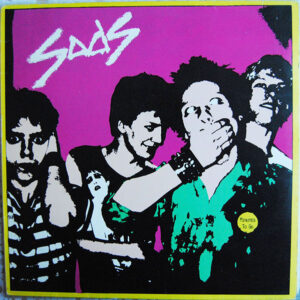