The fourth show in the 8 week Gulls Window Circus series ‘Double punk’ which plays two songs from each band, with two bands in a set. This week starts with Hitmen (with an out-of-order catch up of The Flyin’ Spiderz), and ends with The Mekons. Included is my all time fave hardcore band Ill Repute, who changed their sound significantly between their 1st and 2nd LPs. We will have 3 tracks from that little heard 2nd record. My fave Boston band La Peste is showcased with 2 of their lesser know songs. Scott Weiss fronted (Ed Gein’s Car) Iron Prostate honor Gilligan’s Island, and NYC Dead Boys contemporaries The Mad provide cover art for this show and give us 2 tracks. LA’s Sylvia Juncosa’s vocals remind me of Paris band Stinky Toys (who will be heard soon) on her tracks. 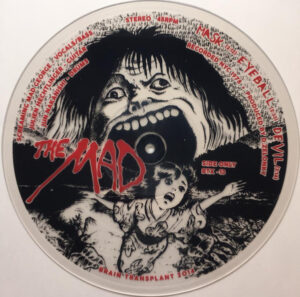