Today November 2 5-7pm ET on www.wzbc.org or anytime on www.gullswindowcircus.com – Part 20 in the 7″ played alphabetically series on Gulls Window Circus finds us starting with the elusive East Village and running through the absolute institution The Ex. As usual, plenty of bands that only released one 7″ in their career, though selection cares not for that, it only favors the best tracks. E. Coli has been a fave of mine for a long time, but I only recently discovered that the three 7″s they released all have different versions than the tracks on their lone LP. The Ecstatics is the Long Island band that introduced the world to Spike (D.R.I) and John Ceparano (Stargazer Lillies). I love the track by Eighth Route Army, had forgotten how jazzy and different The Elevators were, continue to draw blanks when attempting to discover information about the band Emma, delight in hearing my college friend Jim Fletcher in Erratic Sculpture, love the Essential Bop track and like both covers in this show (The Elevator Drops and Even As We Speak do Buggles and New Order respectively) 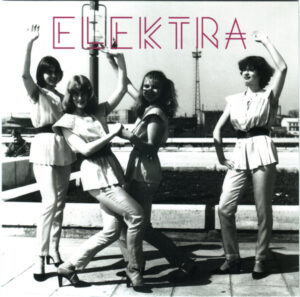 The original series re-visited 3 years later, starting from 'A' once again: